Folloiwng was received from CRA:

Tracks Working Together to Accommodate Needs for All Parties

Salem, IN (February 3, 2016) – Officials from Champion Racing Association Powered by JEGS, Berlin Raceway and Salem Speedway announced today, that Berlin and Salem will be swapping their race weekends on the previously announced CRA 2016 schedules.

Additionally, the Battle at Berlin 251 for the ARCA/CRA Super Series Powered by JEGS will be moved to Monday, June 13th. With the changes in the race weekend, that event has now become a special non-points event on the CRA schedule.

The track is preparing for numerous fun activities for the racers, crews and fans alike on that off Sunday, which may include a Pit Party and Michigan Cup Race viewing party, golf outing and possible Michigan Cup race trip.

Salem Speedway agreed to work with Berlin officials to switch weekends, after Berlin officials were presented with local festival competition and weekend conflicts for some of the nation’s top racers.

“There are tremendous challenges in scheduling a major event like the Battle at Berlin 251,” noted CRA’s R. J. Scott, “so it was great to see these promoters working together to help each other achieve their needs. We appreciate them working so well together.”

Additional details about the Battle at Berlin 251 will be announced in the coming weeks.

More information about CRA and their events can be found at www.cra-racing.com. 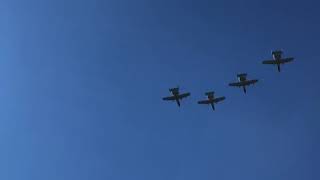 BERLIN - KCR has a good night!

FEELS SO GOOD to Be Back!